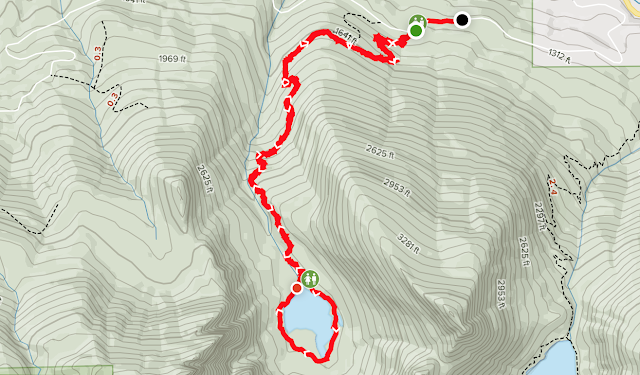 We got up early on a Saturday and decided to take a little hike out to Heather Lake, which I had heard was frozen over. We arrived at the trailhead just before 8 and found it already pretty full -- despite the fact that the road up to the trailhead included about a half mile that was riddled with large potholes. Lucky (our Crosstrek) had no problem with them; but we saw a few cars that really struggled. 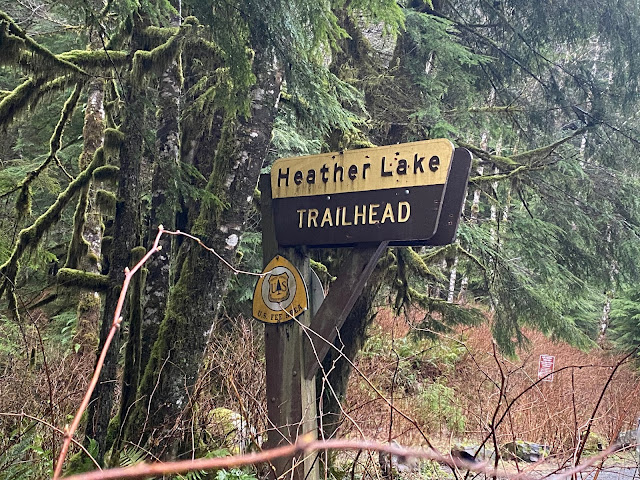 The trail is short -- just 2.1 miles to the lake, then another scant mile around the lake at the end. 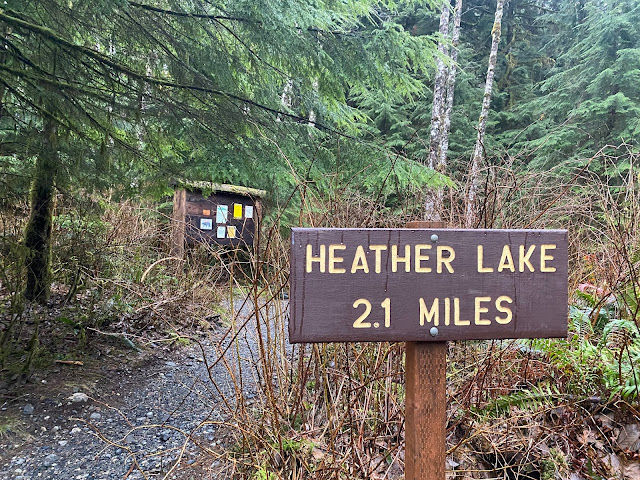 It's a bit rocky, a bit rooty, and with all the recent rain much of the trail serves as the course of a stream. We were very happy to be wearing our waterproof books for creek crossings like this. 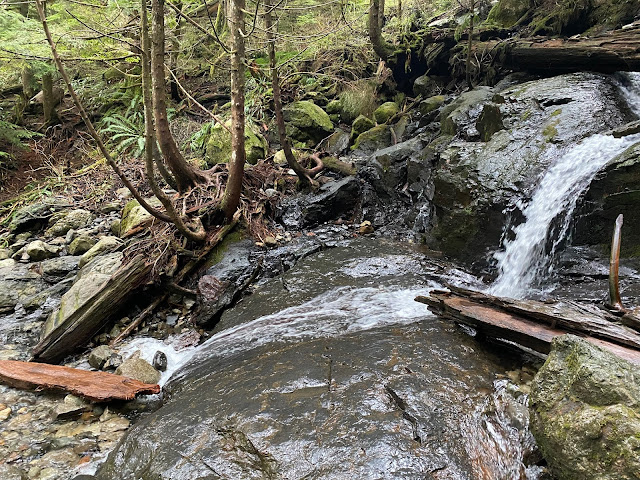 We had packed our microspikes as I had heard there was some snow over the last quarter mile to the lake. I don't know that they were necessary, but they were definitely nice to have because, once we put them on, we didn't slip at all. 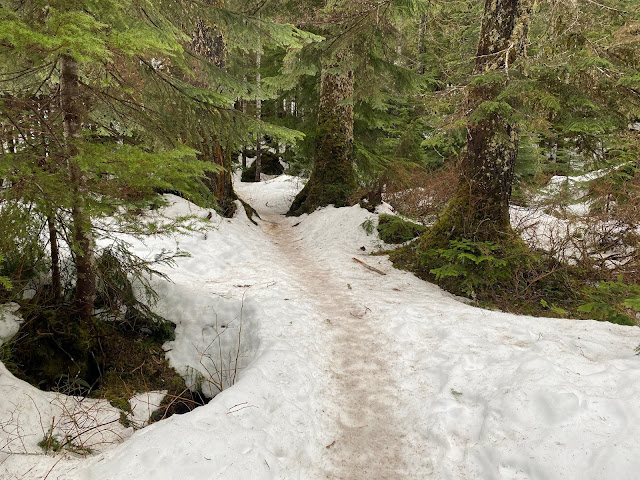 We reached the lake after the short hike -- it was quiet and the lake still looked frozen over with a thin layer of snow. 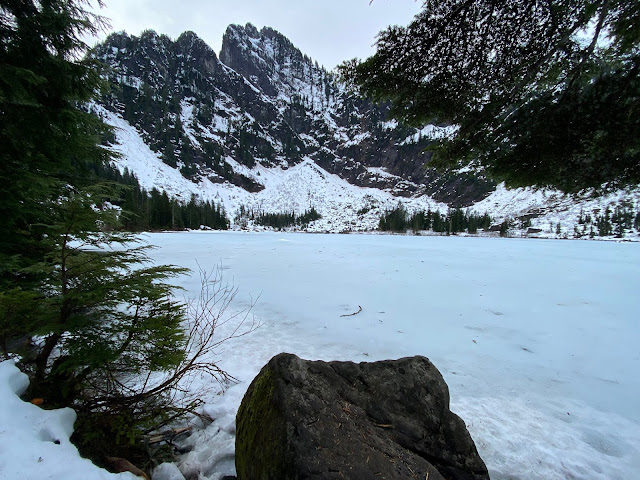 We walked around the lake, popping down to the shore now and again when we could. 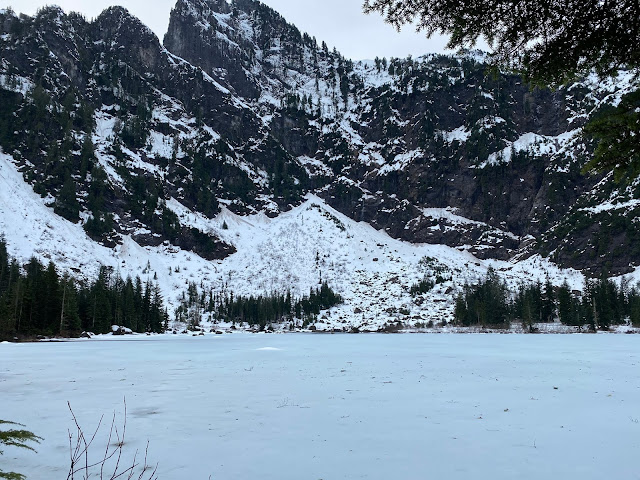 On the far side of the lake we thought we had reached the end of the trail -- at least for the winter. 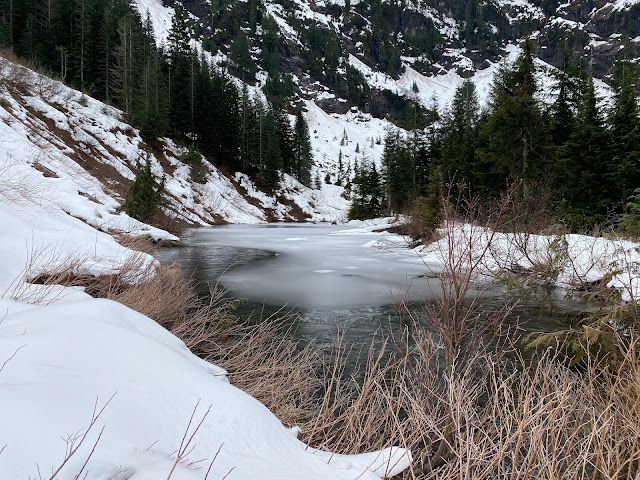 But the path curved and a series of boardwalks crossed what, in summer, would be marshy. 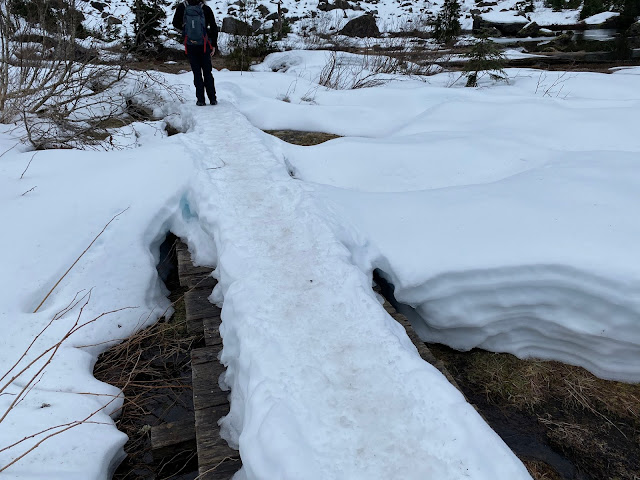 The ice had that pretty, glacial blue tint to it. 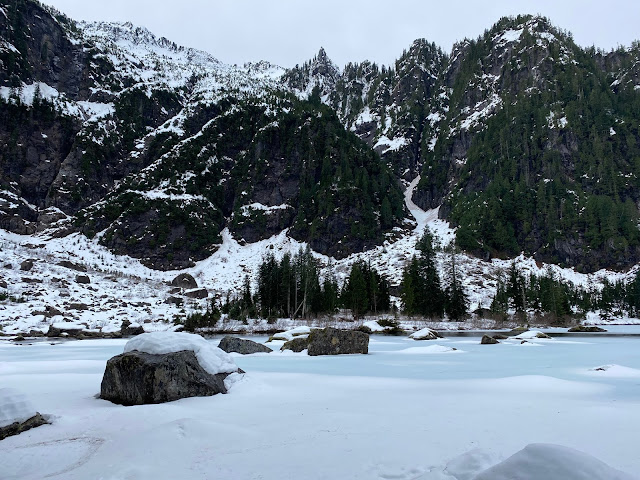 On the far side of the lake there was a lot of thawed water, especially in marshy areas. 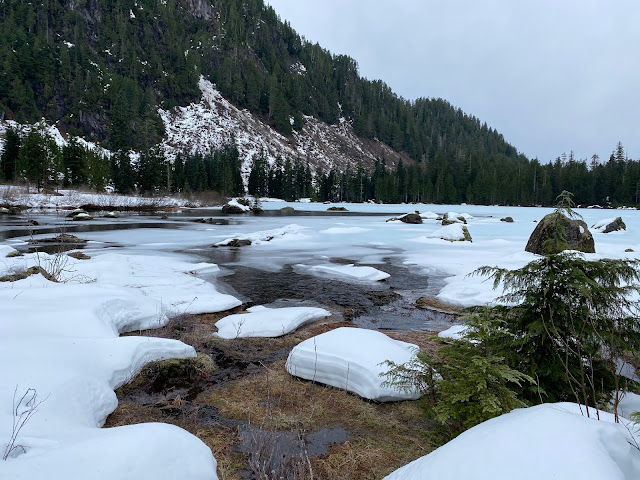 You can see that the lake was far from frozen solid -- about 3/4 of the way around there was a lot of open water. 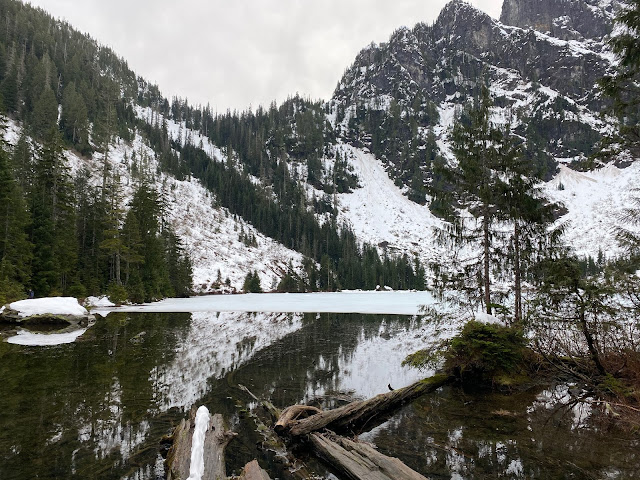 It was difficult to tell from the other photos, but here you get a sense of how much snow had been on these boardwalks -- though this side had much less snow piled up. It was a little like walking on a slippery balance beam on top of a bridge across icy water. So no pressure. Sadly on the way down the trail the later risers were crowding in -- for the last mile we passed dozens of people who were not wearing masks, and didn't make any effort to distance. Which, sadly, reminded us why we stopped hiking popular trails last summer.
It's a very simple hike, and in non-COVID times would have been pretty pleasant. But I don't think we'd hike it again. 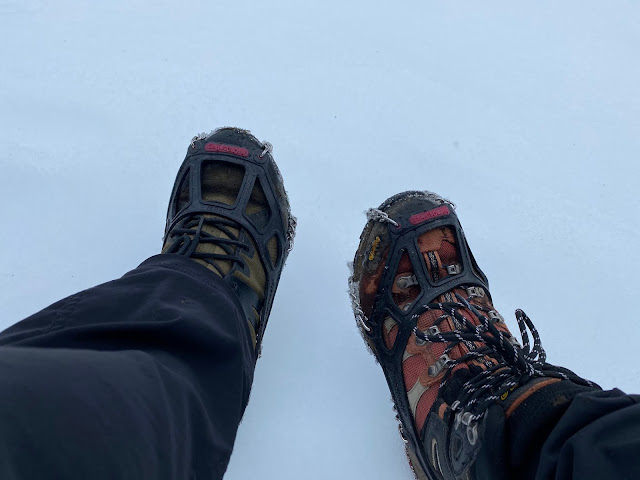